Come out and support the league All-Stars!

Due to lack of District participation, EGBR will be sending two teams directly to the Babe Ruth State Tournament this year.

The 13 year-old team will be heading to Fairfield July 6-11,

Congratulations to all of our top players who have been selected by the league coaches to represent EGBR in these tournaments!

Check back here often for additional exciting news about the EGBR All-Star teams!

July 6, 2019 - The EGBR 15 year-old team wins their opener of the State Tournament with a 4.5 inning 20-6 victory over Bel-Mateo!  EG gave up 5 in a rough first inning, but clamped down the defense and fired up the bats in a big way!

July 7, 2019 - The 15's pulled off another great game against Washington Manor, winning 12-0.  Aiden Griffen a complete game shut out in 5 innings. Joey Avila threw out a number of runners trying to steal. Joey, Aiden, Dylan and Mason all had big hits and RBI's ( among others with timely hits.)  Next game Tuesday 7:30 pm Belmont Sports Complex vs. the other Bel-Mateo team.

July 7, 2019 - The EGBR 13's won their elimination game against Napa-Solano 32-16 after trailing by a couple of runs early. They play Monday at 8pm at Allen Witt Park Fairfield

July 9, 2019 - The EGBR 15's suffered their first loss 9-2 to a very good Bel-Mateo team.  Looking to beat Palo Alto on Wednesday and take a second (and maybe third) shot at Bel-Mateo on Thursday.

July 10, 2019 - The EGBR 15's came up a bit short against Palo Alto.  EG was first to score 2 runs on a hard hit ball past the shortstop by Josh Strom.  Palo Alto took the lead on a few errors and never looked back, although the EG team did what they do best and came storming back in late innings but could not fully recover from a 9 run deficit.  The game ended at 12-8 but the EG team made it exciting to the end.  It was a real pleasure helping to coach this team of players who played their hearts out and left everything on the field.

Please send us any additional photos you have of any of the three teams in action so we can add them here.

EGBR All-Star Rosters and Details Below: 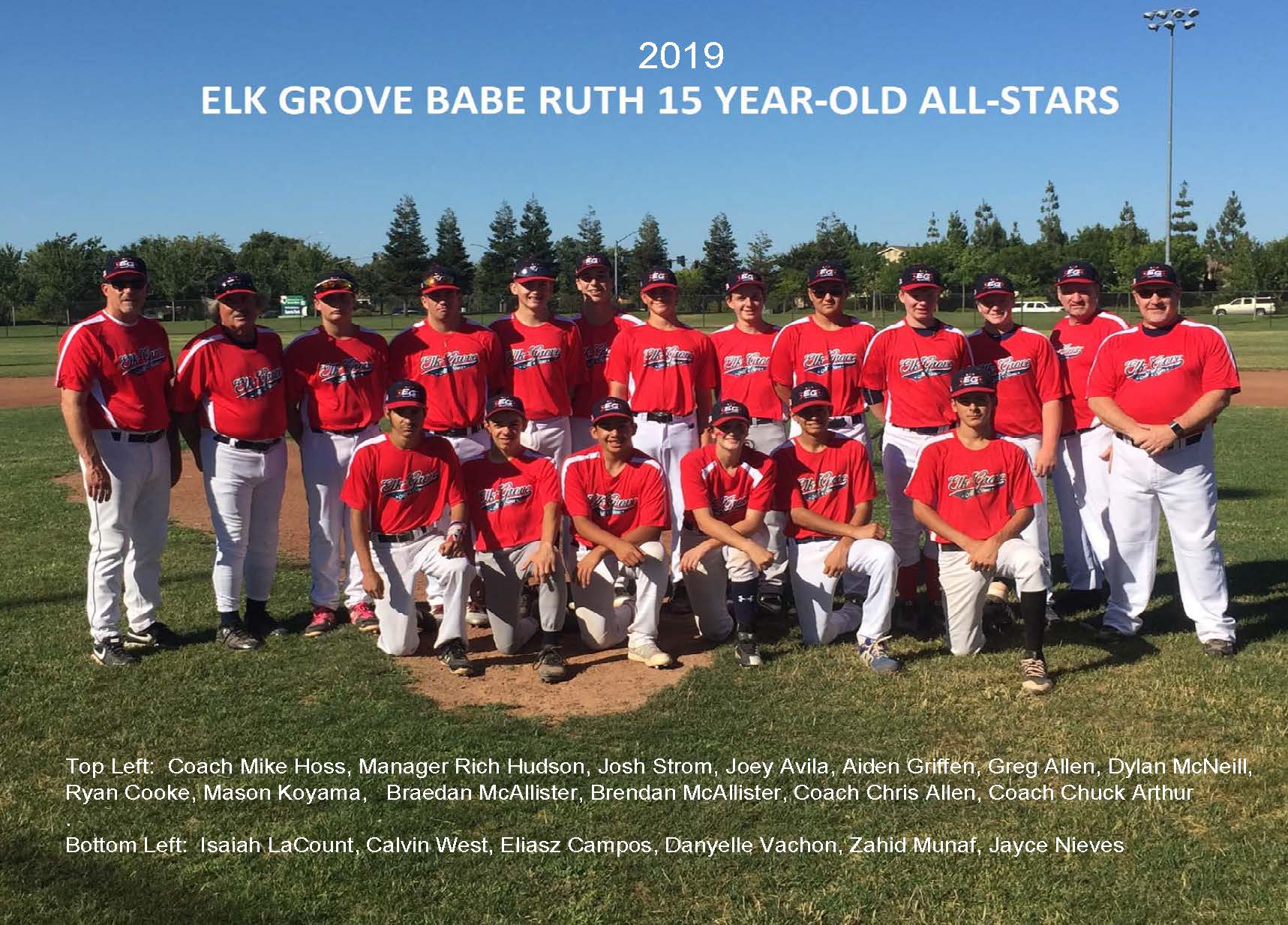 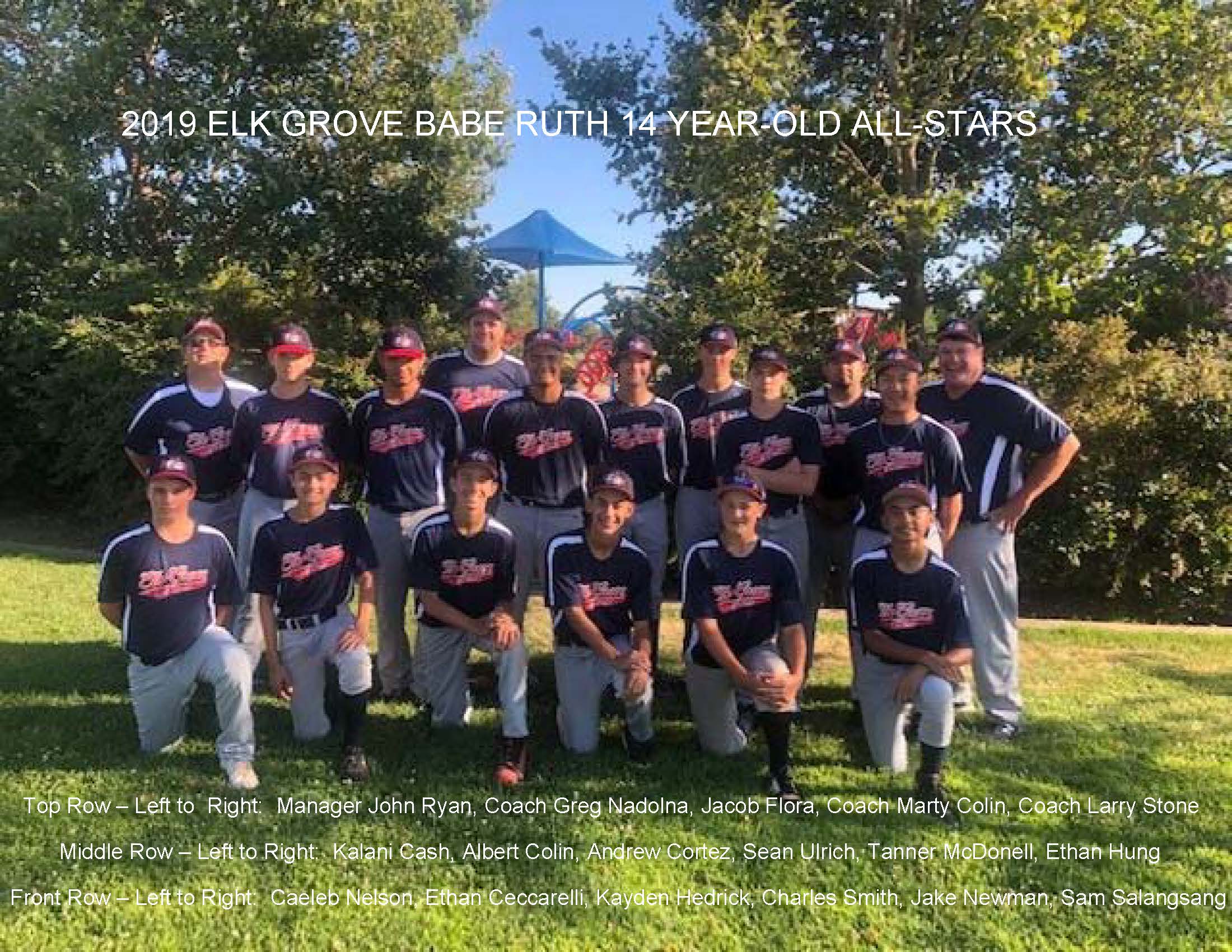 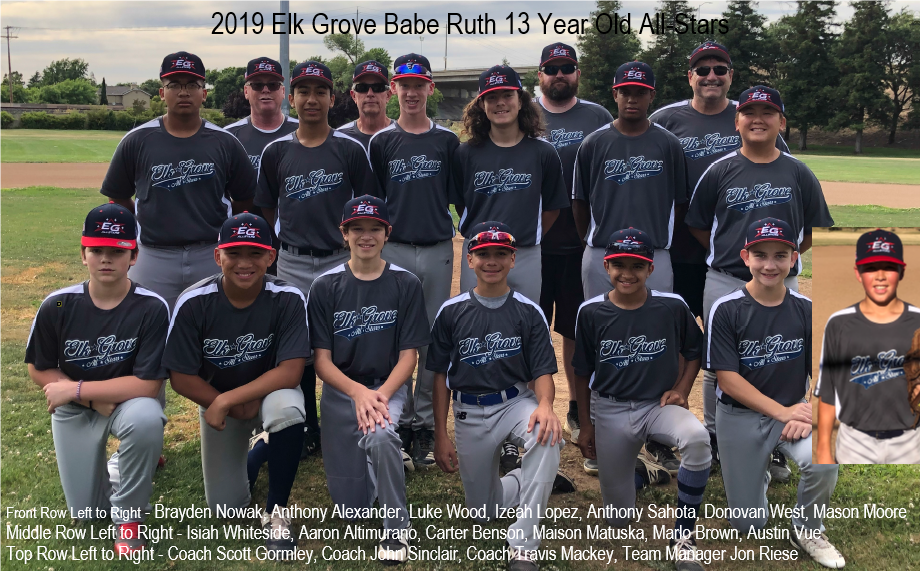 If the teams win their respective age group at the District level they will move on to the State, Regional and finally World Series Levels as indicated in the Tournament Trails Document at the link below.  Good luck to all of our teams!  Play hard and represent EGBR!!

Tournament Trail beyond the District Level